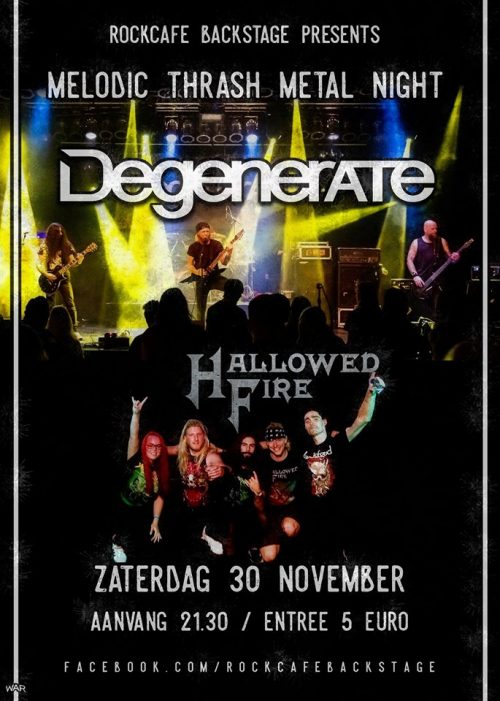 Support by Hallowed Fire :
Hallowed Fire is a five piece Heavy/Thrash Metal band from Heerhugowaard formed in late 2016. Their first show was the preliminary round of the Metal Battle 2017. They made it to the Semi-Final and since then many shows followed.
Their influences range from old school fast Thrash/Speed Metal to groove heavy breakdowns.
In early 2019 their original bass player Gio was replaced by Maxime (Defazer, ex-Jackal) and in April of 2019 they released their Debut EP called “Decade of Darkness”.
Hallowed Fire has shared the stage with bands such as: Exhorder, Angelus Apatrida, Evil Invaders and Distillator.
https://www.facebook.com/HallowedFireOfficial/
Video: https://www.facebook.com/HallowedFireOfficial/videos/227638994591892/
Aanvang: 21.30 entree 5 euro
Rockcafé Backstage Bloemerstraat 131 Nijmegen